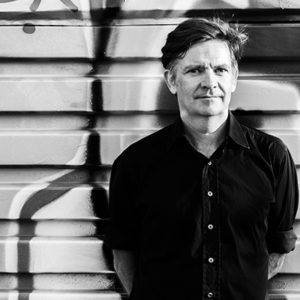 On October 29th, I attended the twelve-hour digital colloquium known as FUSE, or, The Forum for Undergraduate Student Editors. Created in 2002 by students and faculty from the Writer’s Institute at Susquehanna University, FUSE was created to “foster visionary magazine work and to support undergraduates who are eager to pursue careers in writing, publishing and editing.” In other words, FUSE was formed to foster a community among young writers and editors across the country.

This year’s FUSE conference was the first one I ever attended, and I can confidently say it will not be the last. The day kicked off at 9:30 a.m. with a welcome speech from the Executive Director, Catherine Dent, in which she gave a run-down of what the day would look like and introduced the students and faculty who worked day and night to put this conference together–some of whom included Geneseo’s own Lara Mangino, Nicole Callahan, and Rebecca Williamson.

At 11 a.m., I had the privilege of hearing from the keynote speaker, Rob Spillman, co-founder and editor of Tin House and a professor of writing at Columbia University. Apart from his intimidating credentials, I was pleased to find out that Spillman’s undergraduate and graduate careers were not too far off from mine. He went to a state university and dropped out of graduate school, but always had an interest in reading and writing. He moved to New York City where he got his foot in the door with magazine writing and editing, and that is where his publishing career began.

This story helped to diminish the stereotype that in order to make it to the publishing world, you need a degree from an Ivy League institution or a published book by the age of twenty-one.  Spillman stressed that in order to get a foot in the door in the publishing industry, one should write as much as possible and take the time to reach out to those already in the world of editing and publishing.

Typically, the FUSE conference is held in person at a college or university over two and a half days. If this sounds like something you’d like to take part in next year, check out the FUSE website and/or follow FUSE on social media.