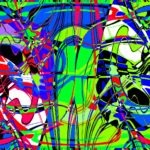 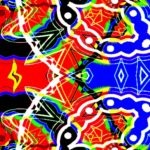 Edward Supranowicz is the grandson of Irish and Russian/Ukrainian immigrants. He grew up on a small farm in Appalachia. He has a grad background in painting and printmaking. Some of his artwork has recently appeared or will soon appear in Fish Food, Streetlight, Another Chicago Magazine, The Door Is a Jar, The Phoenix, and other journals. Edward is also a published poet.