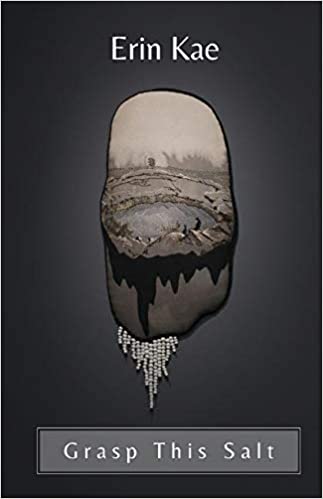 In poetry workshops, we are pushed to find inspiration from the most unlikely of places, and while Erin Kae is not exactly an unlikely source, her method of writing/finding inspiration is. Kae said her poetry usually involves a lot of research and this is what I find to be one of the most defining features of her chapbook: the inclusion of multiple different narratives, each one encircling the crime and the trials. We hear from Kae’s mother, bystanders, the judge of the trials, Susan Smith, and even Kae herself. During the literary forum, Kae explained how the italics in some of her poems are actual quotes from newspapers, articles and interviews of people who were asked about Smith. She commented that it was interesting to see how many people were so invested in this woman’s life and the murder. Indeed, some people even visited the site of the drowning.

Readers also get a unique perspective of Kae’s mother in the poem “THOSE KIDS & THE PANIC.” I found it fascinating how Kae intertwined not only her mother’s voice with her own, but every other narrator she chose. At the forum, she expanded upon the interview she had with her mother about what she remembered of the trials. Kae explained that as a toddler, she had the habit of jumping into her backyard pool, despite the fact that she did not know how to swim. She told us her mother would watch her jump and then see her face change from mischievous excitement to terror upon the realization that she could not get out of the pool on her own. When speaking to my class in our workshop, Kae mentioned, during that interview, finding the connection to a story [the trials] that she didn’t experience.

Not only has Kae inspired me to pick up a pen and start writing, but she has inspired me to find a new angle in my writing and make connections where I would least expect them.