On Mirrors: Diversity in Children’s and YA Fiction

Reading, for many people, is about escape. That’s probably the reason I’d have given you if you’d asked me why I loved to read when I was a little girl, slyly (or so I thought) turning the pages of a novel underneath my desk as my elementary school teachers droned on about fractions. But as I matured a little, I realized that wasn’t quite the case. It was fun to escape to fantastical locales or go on adventures I never would, but books were also a way to grapple with the world, not simply escape from it–to see the issues that I dealt with in my life and in my mind reflected in a way that helped me make sense of them. The characters I loved the most, as I grew into adolescence, weren’t aspirational larger-than-life heroes, but characters I could relate to. Adolescence is a time of identity-building, and literature is a place many teenagers turn to figure stuff out. It is for this reason that diversity–in representations of race, gender, LGBT-status, disability, mental illness, and other ranges of experience–in young adult fiction is so vitally important.

In my eyes, the purpose of storytelling 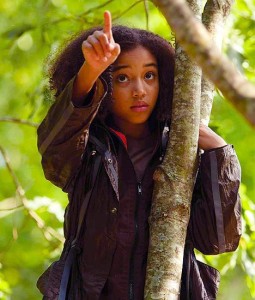 was grander than mere entertainment, and it wasn’t until I came across the words of writer Junot Diaz that I understood, clearly and powerfully, the importance of diverse stories: “There’s this idea that monsters don’t have reflections in a mirror.  And what I’ve always thought isn’t that monsters don’t have reflections in a mirror. It’s that if you want to make a human being into a monster, deny them, at the cultural level, any reflection of themselves. And growing up, I felt like a monster in some ways. I didn’t see myself reflected at all. I was like, ‘Yo, is something wrong with me? That the whole society seems to think that people like me don’t exist?’ And part of what inspired me, was this deep desire that before I died, I would make a couple of mirrors. That I would make some mirrors so that kids like me might seem themselves reflected back and might not feel so monstrous for it.”

Diversity in young adult fiction shouldn’t be treated as a concern unrelated to the concern of literary quality: in the case of many stories, including ones where diversity in terms of race, sexual orientation, and other important factors is quite absent, the ghosts of marginalized groups haunt the narrative. One of these stories that comes to mind immediately is the Harry Potter series. J.K. Rowling herself has called the series, among other things, a “prolonged plea to end bigotry.” The saga’s main antagonist, Lord Voldemort, has an agenda of racial purity and several elements of the narrative draw on situations of historical real-life racial oppression. While there is a lot of obvious symbolism in the series, it is definitely telling that we are more willing to read about prejudice against Muggles and goblins than about real-life marginalized groups, even if their struggle is similar. Now, this isn’t meant to bash Rowling– I loved her books growing up, and I still do. However, claiming that diversity is irrelevant and that books needn’t be “politically correct” ignores the reality that books, including ones for children and teens, often already are quite political.

While symbolism is one way to send this message, symbolic representation without any direct representation of marginalized groups can sometimes fall flat, and readers can fail to take important messages to heart. For example, the Hunger Games series, in which the young hero Katniss rises up in rebellion against a tyrannical government that forces teenagers to participate in barbaric fights to the death, is overtly political, and the oppression of the people of the Panem mirrors much of the real-life oppression that marginalized people face. Young readers loved watching Katniss fight against an oppressive government–this narrative is received positively. People sympathize with the idea of an underdog fighting for their freedoms. However, many fans took to Twitter with outrage when a black actress was cast as Rue, Katniss’s young friend. Despite the fact that Rue’s description indicated that she had dark skin, and the fact that the plight of her district in Panem (agricultural workers) mirrors the tragic history of African Americans in the United States, fans who were so delighted to read about fictional oppression had no ability to empathize with a real-life member of an oppressed group. Perhaps if there was a greater diversity in the media, people’s reactions would not be so ignorant.

Young adults from marginalized backgrounds deserve fiction that recognizes their struggles as part of who they are while also recognizing them as multifaceted human beings. We have room in our lives and on our shelves for stories that cast underrepresented minorities as detectives and superheroes, and for stories that depict struggles related specifically to racism, homophobia, mental illness and other issues. And we have room for those that do both. In the realm of disability, one series that I believe does this very well is the Percy Jackson and the Olympians series. Percy, the demigod son of Poseidon, has ADHD and dyslexia that make it hard for him to sit still in the classroom and read, but it is his ADHD characteristics make him great at the kind of fighting he has to do as a demigod, and his dyslexia makes his brain hard-wired to read ancient Greek. While this might seem somewhat silly and fantastical, it demonstrates how many disabled people view their disabilities: limiting in the context of our society, which expects people to have certain skills and punishes them rather than accommodating them, if they don’t measure up, but not always inherently bad. Percy Jackson has learning disabilities. Percy Jackson is also a demigod and a hero. These two facts don’t contradict, and more than that, they work together. Percy Jackson is a hit with young adult readers, demonstrating that fiction that celebrates diversity does not have to be preachy or bland.

Diversity in young adult fiction is important from both a political and a literary perspective. Emphasizing diversity encourages writers not only to write books that are more inclusive and offer mirrors to young readers from all different backgrounds, but also invites us to tell new stories, and explore old ones from different vantage points. It encourages us to question cliches and stereotypes that we’ve accepted in the way we write women, people of color, disabled people, members of the LGBT community, and other underrepresented groups. This doesn’t make young adult literature “politically correct”; it makes it richer and wider.

Fortunately, there are many people working towards making this a reality. We Need Diverse Books is a campaign that works with publishers, authors, libraries, and other important groups to address the issue of diversity in children’s and young adult fiction.  With these kinds of efforts, maybe we will one day live in a world where children from all backgrounds can pull a book out from under their desk, covertly rifle through pages during a math lesson, and find a mirror, a reflection who tells them, in all their prepubescent uncertainty, “hey kid! You’re okay. You’re going to be okay.”

Comments Off on On Mirrors: Diversity in Children’s and YA Fiction