Writing into Your Fear 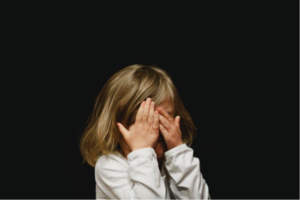 At the beginning of this semester I decided I was going to do things that I was scared to do—and number one on that list: write a creative nonfiction essay about being born without some of the muscles in my left leg.

This is not a new topic for me. In fact, most of my early childhood writing attempts took on this topic. Despite my numerous attempts to use writing, specifically fiction, as a tool to understand and communicate my experience, I always ended up abandoning what I’d written. This time I decided that nonfiction was the way to approach this material. I determined that I would see my essay through to a final draft, even if I decided not to share it.

Now in my early twenties I wondered if I could bring any new perspectives to the issue; whether I could better wrap my mind around the questions that I’d always had or make any new connections.

I figured creative nonfiction wouldn’t be all that different from fiction—but I was very wrong.

As Khaled Hosseini said, “Writing fiction is the act of weaving a series of lies to arrive at a greater truth.” Many writers have weighed in on the idea of fiction providing a kind of smokescreen around the truth or emotion the author wants to explore, but what I hadn’t considered was that, that smokescreen also acts as a bit of a mask for the writer.

Without that mask my writing was the most vulnerable it had ever been. I’ve kept journals for the last few years, and the vulnerability and honesty required for your journal to be an effective tool is similar–but you don’t intend for anyone to read your journal. By writing a CNF essay I found myself unable to shake the knowledge that I intended to share what I’d learned from my leg, so I wrote with others looking over my shoulder. My first few drafts even included a bunch of parenthetical jokes to lighten up the truth I was trying to convey.

When I say I have never worked so hard to finish a first draft of anything, I’m not kidding. Usually, when writing fiction, I get into a kind of flow in which I lose track of time until I finish the draft. With this project though, I started it in months ago, and I’ve only just written the final paragraphs.

It’s no secret that each time you sit down to write a new story, you have to let the story teach you how to write it—I knew that the only way to pierce through the fear, and the indecision that resulted from it, was to write a lot of words. So, I restarted the whole essay often enough that I had to make a folder on my computer just for all the drafts that piled up.

I moved through this essay sentence by sentence, often second-guessing, deleting and rewriting each sentence over and over. I thought the fear that I felt around my decision to write this essay would stop once I started writing, but it never did. As I wrote through my experiences, I realized the larger questions that I was actually examining—questions I worried I couldn’t write about if I couldn’t answer them in a way that would be true for lots of people. But I calmed myself with the thought that I didn’t need to solve anything with this essay—that it would be enough to just write about my experience.

It seems that fiction and creative nonfiction require different things from you as a writer. While writing fiction, you need to know enough about the setting and any niche knowledge specific to your characters, but you can make up most of your story as long as your characters act in believable ways. But if you mess up one of the few facts you need, your readers will call you on it.

Creative nonfiction, on the other hand, is about real events and real people. Besides the fear factor existing there regarding what those real people might think about what you’ve written, there’s a different sense of responsibility in CNF. You have to be true to your memory, regardless of whether your memory is accurate or not, because your memory, and how your understanding of that memory has shaped you, is the only thing that matters—and nobody else can call you on that.

In this respect, creative nonfiction is a good genre to use when approaching issues of identity—it will help you figure out what you think and believe, but it will also help you make meaningful connections between your past and your present, emboldening you to focus on your truth.

By writing into the heart of my fear I finished my most hard-won first draft ever, and while I need a bit of time off from CNF now, I’m certain it’s a genre I’ll approach once again in the future, and it’s one I’d highly recommend others give a shot.

Comments Off on Writing into Your Fear