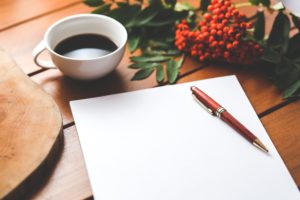 When I began my studies in creative writing, I had a solid grasp on fiction and poetry as genres with specific rules and expectations – I had never heard of creative nonfiction. I had heard of memoirs, of course, and academic essays, but it had never occurred to me that nonfiction could really be creative. Since then, it has become one of my favorite genres to work with, and I understand that it has limitless possibilities. I know many fellow writers, especially students, also aren’t familiar with the genre, so I’m going to attempt here to introduce you to the possibilities of creative nonfiction as well as give you some tips on how to approach writing it yourself.

Creative nonfiction, at first glance, can seem restrictive; if everything in an essay or story must be true, how can a writer really be creative? Or what if you don’t have any inherently dramatic or profound stories to tell? While there are certainly people who can glide by on the uniqueness of their experiences alone, you don’t have to be the most interesting person who ever lived to write compelling nonfiction. There is a great amount of debate about how much bending or changing of the truth is too much for creative nonfiction, but many writers will champion telling a compelling narrative over a story being strictly and entirely factual. Memoirist David Mura, for example, frames the issue by saying “The line between memoir and fiction still did not seem clear. But the line between dull and interesting writing? That was a line I wanted to cross.” In Mura’s book, Turning Japanese, he not only rearranges and omits personal events, he also writes scenes about his parents’ and grandparents’ childhoods. Even with these creative liberties, it is still decidedly nonfiction.

This argument about truth also extends into the use of different forms for creative nonfiction. Often nonfiction involves research and facts, like academic essays, but that’s not all you can do with the genre. The narrative essay – which makes up most of our submissions at Gandy Dancer – often aims at a more personal truth, a subjective truth. Writer Gwendolyn Paradice has talked about the clash between strict nonfiction expectations and the subjective truth by discussing how her disability impacts her reality. Her disability shapes her reality, and to her that reality is more important than if other people would call it the truth. She supports speculative nonfiction as a form that allows space to capture her own experience, “a liminality wherein a writer is not concerned with binaries of truth and un-truth, writing that eschews ‘perhapsing’ in favor of drawing on the speculative aspect of speculative fiction, which for me, produces nonfiction more representative of who I am as a disabled person.” Another popular creative nonfiction form is the hermit crab essay, which create similarly flexible spaces by borrowing form from other types of writing like recipes or obituaries or anything else you can think of in order to shape a piece. Form can be an incredibly useful tool in crafting creative nonfiction because it can build upon the content through the context of presentation, just like metaphors use comparison to create new meaning.

I asked SUNY Geneseo Professor Sonya Bilocerkowycz to give some advice about getting started, and she said, “I think it’s helpful to consider the form of the literary essay, and especially the etymology of that word ‘essay,’ which comes from the French verb essayer, meaning to try or to attempt. Therefore, an essay is an attempt at understanding, at communicating some truth. The literary essay invites us to explore our most burning questions, but it does not require that we produce answers for all of those questions. Rather, the emphasis is on the attempt itself. So, what is a question that keeps you up at night? Something that obsesses you, though you don’t understand why? That’s probably a good place to start.”

At Gandy Dancer, our consensus is that what you write about is not nearly as important as writing with purpose and focus. Before starting a creative nonfiction piece, it’s always useful to consider what you’re trying to say with your piece that goes deeper than the literal story. If you have a clear purpose in your writing, it’s a lot less likely to read as aimless or be bogged down by superfluous details. Almost any form, voice, or style can work in creative nonfiction, so it’s important to put thought into how your language can build your meaning.

Anyone has the potential to produce a great creative nonfiction piece if it comes from a passionate place in the writer. To go back to Professor Bilocerkowycz’s wisdom, “The creative nonfiction essayist is kind of like a child who asks a grownup why the sky is blue, and then refuses to be satisfied with the answer.” It can be hard to start writing, so next time you’re staring at a blank document waiting for inspiration to strike, find that inner child and ask them a question.

Comments Off on Approaching Creative Nonfiction