In Defense of Nonfiction

Posted by Jeremy A. Jackson, CNF reader for issue 4.2 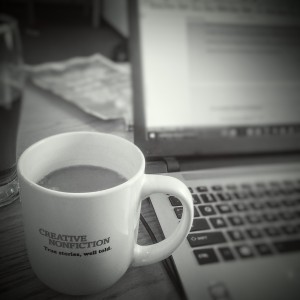 Gandy Dancer consistently receives less creative nonfiction than any other genre, and 4.2 was no different. We received very few CNF submissions and accepted even fewer—though this issue has more than several (2.2 had only 2 pieces). This fact kind of baffled my mind, because CNF has for several years been my wheelhouse, my muse, my favorite genre. It is a genre that allows the writer to expunge from themselves a story that may have been eating away at them; most of my own writing is research-based CNF, the blending of my two great passions, academic and creative writing. I often find that creative nonfiction pieces are some of the rawest pieces of work—the submissions this semester, as scant as they were, dealt with themes of death, mental illness, growing up, and deep-rooted societal issues. Why, then, are there so few SUNY CNF writers? Why are there less than 20 fully-funded creative nonfiction MFA programs in the entire country?

One of my best writing friends, Katie Waring, also happens to be a Gandy Dancer Alumna, a former creative nonfiction editor, a former Managing Editor, and an Advisory Editor for issues 4.1 and 4.2. She is also the person who singlehandedly inspired my love for creative nonfiction, and in thinking and musing for this post (which started just with the title, “In Defense of Nonfiction”), I got to pick her brain a bit about CNF. She began our conversation with a passage from Brian Oliu’s new essay “Kilometer Zero”.

An essay, in its purest form, is an attempt: it is in the word, ‘essais’–as Montaigne put it, ‘to try’–a concept that I find myself returning to over and over again, not just in my writing, but in my life: all of our existence is, in fact, an attempt: we have no idea of the proper way to do anything, but we have some guidelines that we have to adhere by–we have a general amount of base notes that we have put our trust into–that these elements of truth will guide us toward something complete.

She went on to expound upon how spectacularly important creative nonfiction is; it’s probably the fastest-growing of the three primary creative genres, with more and more people picking up memoirs and historical biographies every year. However, in many circles, creative nonfiction is, as Katie said, considered “navel gazing,” a self-serving experiment where a writer goes on for pages about how great/tortured/brilliant he or she is. This is rarely, if ever, the case, however, for published works. Memoirs are more often than not intense, revealing looks into the lives of incredibly interesting people (this is, of course, coming from a person who believes everyone is interesting) who, through the power of their own voices, are able to elicit in their audiences a visceral appreciation of these lives—from Katie: “I’m drawn to writing nonfiction because it allows me to process what’s happening in my own life and contextualize it within what’s happening in the world around us. And I’m drawn to essayists that do the same in their writing—that take something personal, and connect it to something larger than just themselves.”

All of that being said, why does Gandy Dancer need a contest like the one Katie ran when she was managing editor in order to garner more CNF submissions? Katie, again, said it better than I probably would be able to: “Because not every school teaches it. Because I think English departments are less willing to hire professors who specialize in nonfiction to teach it. Because sometimes people, especially young or new writers, are afraid to write it—and then when they do, they’re afraid to submit it for publication. Because writing creative nonfiction means making yourself vulnerable on the page in a way that doesn’t happen in any other genre. And because essayists have to own up to that vulnerability in order to be published.”

My own most recent CNF piece was a very powerful, painful essay about my mental illness, which took me a very long time and a lot of edits to get right, and even then, I struggled with letting others see it. But I did, and it was well-received and actually garnered accolades from the Geneseo Writing Contest. Above all of that, however, was the importance of the catharsis that came with putting fingers to keys and writing something true to who I am, telling a story that is grounded in my own experiences and trials and tribulations. A creative nonfiction piece becomes a new way to see the world, as the writing of something from one’s past or the past of humankind reminds us that no matter “how separate our bodies and lives and cultures might be, we’re not all that different—that we’re all just striving to put an order to the chaos,” as Katie tells me.

That is ultimately the importance of CNF, and why I encourage every writer reading this to try his or her hand at a little Nonfiction.

(Special thanks to Katie Waring, my friend and CNF muse. Your input, as always, was invaluable.)

Comments Off on In Defense of Nonfiction