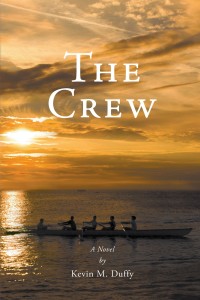 So instead, he turned to a little company by the name of Page Publishing. END_OF_DOCUMENT_TOKEN_TO_BE_REPLACED

As a native Buffalonian, I grew up immersed in all of the rich culture that the greater Buffalo area has to offer. From concerts at Town Ballroom to the bustle of small businesses on Elmwood Avenue, there is always something new to discover in the city. So when I discovered the Buffalo Small Press Book Fair (BSPBF) through a creative writing class, it came as no surprise.

The BSPBF was founded in 2006 by Chris Fritton and Kevin Thurston after organizing zine and art fairs in NYC and Toronto. In a blog post about organizing a fair in Buffalo, Fritton states, “Buffalo has such a rich literary tradition, but an even richer tradition of progressive work, experimentation, and cultural innovation … I wanted to create an event that reflected that ethos-something where DIY ethics and handmade objects were privileged, but also something that was affordable, inclusive, democratic, and egalitarian. I simply couldn’t believe that our city didn’t have one … if there were no venues to peddle our own work, we’d make the venue ourselves.” END_OF_DOCUMENT_TOKEN_TO_BE_REPLACED

Comments Off on On the Buffalo Small Press Book Fair