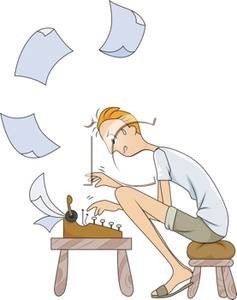 “Poetry is always about my life. It’s a way to express how I feel,” sixteen-year-old Grace muses dramatically, holding her doodle-laden spiral notebook close to her chest after third period study hall. Sixteen-year-old Grace has been utterly heartbroken approximately 2.7 times. She is assured that she has never been, and will never be, “seen” (whatever that means). She is still too embarrassed to buy maxi pads at the supermarket, but thinks she really knows the world for what it is. She wants to share this with you. Sixteen-year-old Grace un-ironically likes the Dave Matthews Band. She eats triple cheese Lunchables on the bus ride home from school, and as she stares out the window, she pretends she’s in an indie film, preferably starring Joseph Gordon-Levitt as her boyishly awkward but spellbound love interest. Sixteen-year-old Grace makes sure to document all of these things with an unmatched melodramatic flair, always with a mechanical pencil that she probably borrowed from Lexi during Algebra II and never returned.

When I look back at my younger self, and even when I consider my work now, some internal eyebrows are raised.

Are all writers selfish bastards?

Now, don’t get me wrong. There are genres that were built around pure philanthropic goodness, if such a thing exists. Dictionaries and thesauruses catapult themselves into the arms of red-eyed college students who have just used the word “pedagogy” seven times without knowing its meaning. In a more serious and historical example, many folks who contributed to writing parts of the Bible and other holy texts were martyred for their cause.

Creative writers, however, seem to take on a particular brand of literary narcissism. And that’s okay.

“All writers are vain, selfish, and lazy, and at the very bottom of their motives lies a mystery. Writing a book is a long, exhausting struggle, like a long bout of some painful illness. One would never undertake such a thing if one were not driven by some demon whom one can neither resist nor understand,” claimed author George Orwell, who, judging by his novels and this quote, never had much of a penchant for rose-colored glasses. In my own writing, I find this to be entirely true. The demon is a particular need. Just as sixteen-year-old Grace wrote incessantly about her recent arguments with the boy she just knew she would marry, I write now because the need is there. Namely in my preferred genres, poetry and CNF, it is a selfish need, one that aims to define the world in my own terms and assumes that the reader will care as I do.

If this need is unearthed whilst paired with technical skill, evocative language, and a refreshingly honest perspective, then the reader will care. If not, the writing can end up as nothing more than a tired diary.

I believe, though, that the expansion of the ego is at times necessary for a work to develop. A writer must convince herself, however fool-heartedly, that the things she knows about the world are important enough to share; consequently, she must explore the depths of her own perspective to articulate it all fully and effectively.

While the impulse to write is truly driven by some type of need, it’s like any other—an appetite, a necessity. At the risk of sounding dramatic, the writer’s selfishness tends to be more about survival and less about fame and glory (if any of us are disillusioned enough to expect such a thing).

Regardless of what particular internal demons cause one to instinctually click-clack away at a busted Toshiba laptop at three in the morning or scribble ideas on recycled napkins at business luncheons, writing is one of the most self-focused “life sports” in existence.

But, of course, that doesn’t mean that it can’t bring others healing, perspective, and a realization of one’s own needs, especially ones they’ve never been able to articulate.

Sixteen-year-old Grace, still pocketing weeks worth of lunch money to purchase whatever band T-shirt will support the idea that she is beyond her years, encourages you to follow your heart and write whatever the heck you want, who cares if it’s selfish?

Perhaps you should listen to her, she seems to have it all figured out.

Comments Off on Are Writers Selfish?