Is it Possible to Separate a Written Work from its Writer? 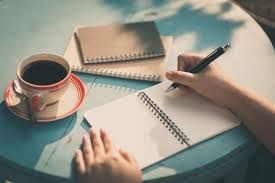 Last year, I realized my writing was getting really boring. After two years of creative writing workshops, all the fiction I came out with was starting to sound the same to me. The plots changed, but the main characters were always witty and sarcastic and trying to figure something out about themselves. Basically, they were me. Eventually, I started having the same problem with the music I wrote for my composition major; everything sounded the same.

That’s when I made it my mission to write something totally different. I wrote a short story with a main character who was a total jerk, and another one with a young girl as the narrator. I started writing a minimalist piece for the music major, even though I hate minimalism. But somehow, I still sounded like me.

So I started to ask: is there a way to separate a writer from their work?

Late 20th-century composers have been asking this question for years. Emotional expression in music seemed fake and obsolete during the Cold War, so composers tried to write music without any meaning. They created systems based on numbers instead of notes, turning music into sort of a mathematical function. John Cage even used methods such as flipping coins and only writing measures over the imperfections on the page. He removed himself from his music by relying on things outside of his control.

Even though Cage tried to take himself out of the music, everything he wrote still had his distinct style. Before he started writing by chance, his music usually involved a lot of percussion and was based in African drumming roots. That sound didn’t change once he started flipping coins. So even though his methods of writing music varied, they still ended up reflecting his unique voice.

In terms of writing, authors sometimes publish under pen names. For example, Stephen King wrote a few novels under the name Richard Bachman. He was writing so much, that without the pen name his writing would’ve flooded the market. Still, readers figured out it was him. Although he had written these novels earlier in his life, his writing style hadn’t changed significantly, so his fans could recognize his voice.

As much as writers of fiction and music have tried to separate themselves from their works, they haven’t been able to completely escape their signature styles. Cage may have created a system that doesn’t require any choice, but this method doesn’t change his voice. So my problem wasn’t all about similar main characters or repeated plots. None of that reflects the sarcastic narrative voice I use that’s similar to the way I talk, or the way my characters are usually trying to figure something out about themselves. These are the things that really create my voice and style.

Comments Off on Is it Possible to Separate a Written Work from its Writer?